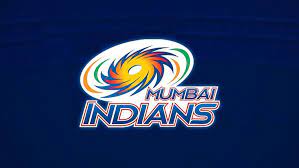 In 2021, the Mumbai Indians’ brand value will be around 762 crores (roughly $103 million), the highest among all franchises. The franchise kept Rohit Sharma (INR 16 crore), Jasprit Bumrah (INR 12 crore), Suryakumar Yadav (INR 8 crore), and Kieron Pollard during the retention window (INR 6 crore). Due to the strict retention requirements, the team had to cut a few key players. The Mumbai Indians must build a new core and possibly replace Hardik Pandya, who was signed by the Ahmedabad franchise, in what could be the final IPL super auction.

The Mumbai Indians (MI), the five-time IPL champions, will have the toughest time selecting their final four retainers for the IPL 2022 season. The third decision on retention was the most difficult, despite the fact that the first three names were simple. MI Full Players List in IPL 2022 can be found on this page. A list of retained players, released players, and an updated squad are also included. Some of the franchise’s most talented cricketers left. MI has released a number of players, including Ishan Kishan, a young wicketkeeper-batsman, Trent Boult, all-rounder Hardik Pandya, South African Quinton de Kock, and others.

Rohit Sharma was an easy choice as the team’s most successful captain, with five IPL victories under his belt, as well as their best batsman, with 4,441 runs. Kieron Pollard, MI’s key all-rounder, was also chosen. Pollard has helped the club win countless matches in difficult conditions and has hit 214 sixes for the organisation.

Suryakumar Yadav’s inclusion comes at the expense of Ishan Kishan’s exclusion, implying that the retention policy has separated the young duo. Suryakumar is a fantastic stroke player who has kept MI’s batting line-up balanced, despite a difficult season last year in which he scored 317 runs in 14 games. Rohit Sharma, Jasprit Bumrah, and Kieron Pollard are expected to stay with the Mumbai Indians. Ishan Kishan’s chances of being retained for his wicketkeeper/aggressive opening batting position are good.

The Mumbai Indians are an Indian Premier League franchise cricket team based in Mumbai, Maharashtra. Reliance Industries, India’s largest conglomerate, owns the team through its 100 percent subsidiary IndiaWin Sports, which was founded in 2008. Since its inception, the team has played its home games at Mumbai’s Wankhede Stadium, which seats 33,108 people.

In 2017, the Mumbai Indians became the first franchise in the IPL to surpass the $100 million mark in brand value.

For the fourth year in a row, the Mumbai Indians‘ brand value is estimated to be around Rs. 809 crore (roughly $115 million), making them the most valuable IPL franchise.