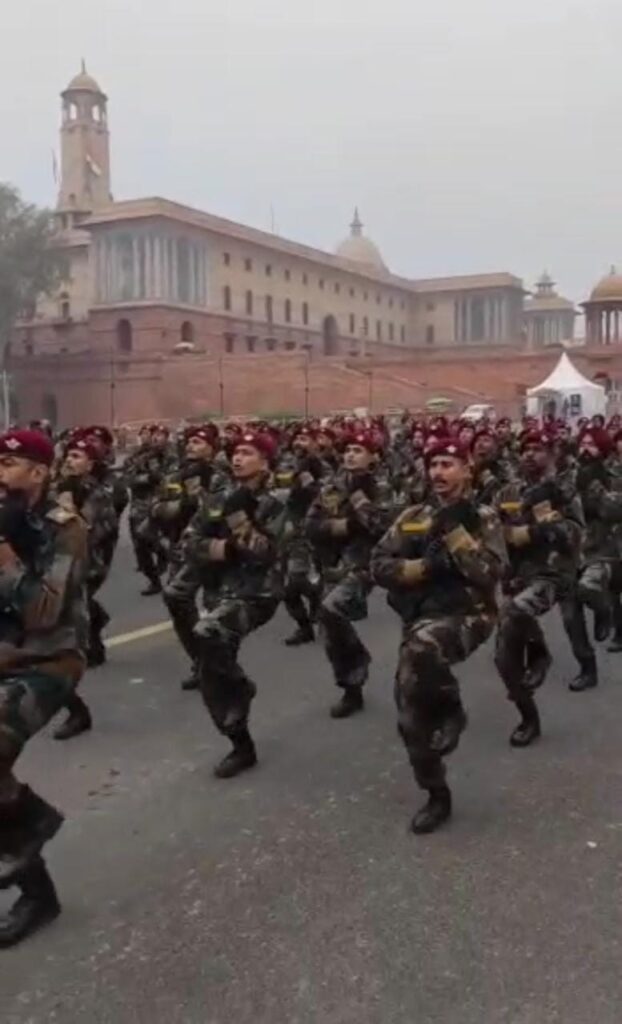 Republic Day Of India: It is a national holiday in India that commemorates and celebrates the date on which the Constitution of India went into effect on January 26, 1950, replacing the Government of India Act as the country’s governing document and transforming the country into a newly formed republic. India will celebrate its 73rd Republic Day on January 26, 2022. On this day in 1950, India’s Constitution was ratified. Below you will get to know 5 Interesting Facts About Republic Day Of India 2022.

Republic Day 2022 is just around the corner. India will celebrate its 73rd Republic Day on January 26, 2022. On this day in 1950, India’s Constitution was ratified. The Republic Day parade will be the main attraction of Republic Day 2022. The parade begins with the President of India raising the national flag. Following that, several regiments of the Army, Navy, and Air Force march from the Rashtrapati Bhawan along the Rajpath, to India Gate, and finally to the Red Fort with their bands. The parade will start at 10:00 a.m.

Every year, the day’s celebrations include spectacular military and cultural pageantry. Armed forces personnel march along the Rajpath in New Delhi in an elaborate display of military might. Everything else going on in the country on this auspicious day pales in comparison to the epic show on Rajpath.

While our Independence Day commemorates our independence from British rule, Republic Day commemorates the adoption of the constitution. The date of January 26 was chosen because it was on this day in 1929 that the Indian National Congress issued the Declaration of Indian Independence (Purna Swaraj), which opposed the British Regime’s Dominion status.

After much deliberation and a few changes, the 308 members of the Assembly signed two handwritten versions of the agreement, one in Hindi and one in English, on January 24, 1950.

On January 26, 1950, the constitution went into effect two days later. On that day, Dr. Rajendra Prasad began his first term as President of the Indian Union.

The British colonial Government of India Act (1935) was replaced as the country’s governing text by India’s constitution, which was formally adopted in 1950.

1) The Republic Day parade was held at Irwin Stadium (now National Stadium), Kingsway, Red Fort, and Ramlila grounds between 1950 and 1954.

2) Rajpath has hosted Republic Day celebrations since 1955. Rajpath was formerly known as the Kingsway, after India’s then-emperor, George V. After independence, the road was renamed Rajpath, which also means King’s Way in Hindi.

3) Each year, the leader of a specific country is invited to be the chief guest for the Republic Day parade. In 1950, Indonesian President Sukarno was the first chief guest to attend India’s Republic Day celebrations.

4) The parade begins following the arrival of India’s President. The President’s cavalier bodyguards are the first to salute the National Flag. The National Anthem is played, and a 21-gun salute follows. However, the firing is not done with 21 canons. It is done with seven Indian army canons known as ’25-Ponders,’ each of which fires three rounds.

5) Each army member who participates in the march must go through four layers of investigation. Aside from that, their weapons are thoroughly inspected to ensure they do not contain live bullets.

Republic Day Parade 2022: Where to watch?

Individuals who are interested in watching the event life can do so on a variety of platforms. To host the events virtually, the Ministry of Defence has created a website, www.indianrdc.mod.gov.in, as well as a YouTube channel, “Indian RDC.”

Republic Day Parade 2022: How to register?

Individuals interested in attending the event can register online by visiting MyGovIndia’s official website at https://www.mygov.in/rd2022.
With registration, you will also receive a collector’s edition ‘Certificate of Commitment’ from the Ministry of Defence and MyGovIndia to show your love and solidarity for the 73rd Republic Day.